The community of Liscannor was riding high on the crest of a wave this morning at Liscannor Harbour where Irish Water, working in partnership with Clare County Council turned the sod on a new Wastewater Treatment Plant for the village. And the good news kept flowing for the Banner County with confirmation that contracts have been signed and issued to provide wastewater treatment in Kilfenora and Kilrush, respectively.

“This is a significant day for County Clare and its natural environment,” said Caroline O’Reilly, Programme Manager with Irish Water.

“These projects have been in the pipeline for many years and are now finally coming to the fore. I am delighted to be here today to represent Irish Water and to meet representatives from the communities of Liscannor, Kilrush and Kilfenora. These projects will eliminate the raw and poorly treated sewage that is flowing into their beautiful waterways and the Atlantic and will support social and economic development, while also protecting the integrity of our environment.”

Cathaoirleach of Clare County Council, PJ Ryan hails from Cratloe, an hour to the east of Liscannor. Cllr Ryan has been an elected member of Clare County Council since 2009 and although he is not from the areas benefitting from the new infrastructure, he has been involved in many a discussion about the issues at these settlements inside and outside of the council chamber.

“This significant investment by Irish Water in new and upgraded wastewater infrastructure in Liscannor, Kilrush and Kilfenora is long awaited and very welcome. These projects will result in improved quality of coastal and groundwaters, thereby helping to protect the environment and improve the quality of life in our communities. It is my hope that the people of Clare will build on these successful projects and that they will help to revitalise the economy and communities of West and North Clare.”

Also, in attendance was Senator Róisín Garvey, who along with other elected representatives have campaigned for wastewater infrastructure for the Banner County for many years. Senator Garvey also featured in Irish Water’s compelling documentary, “Story of Water” where she documented the issue of untreated wastewater in Clare.

“It's a great day for Liscannor and the whole bay. Many people, including myself, worked hard on getting this infrastructure prioritised through campaigning to highlight the issues. It is super to see Irish Water recognising the badly needed infrastructure and committing to put in a state-of-the-art system with a much more realistic capacity than the old system.”

There were other familiar faces at the harbour lending their support to the projects too. “Story of Water” contributor and well-known surfer, Ollie O’Flaherty commented: "It's great to see infrastructural investment in the area. In recent years, Liscannor Bay has had issues with water quality resulting in multiple beach closures in Lahinch, notably in summer months. These have a very negative economic effect on local business which rely heavily on the summer months. As a surfer and someone environmentally minded, I am conscious of the detrimental effect mankind can have on the ocean, so it’s important to make improvements where we can and protect this incredible, natural amenity.”

Councillor Shane Talty, is well known locally around the bay area, and has also been campaigning for such infrastructure along with his fellow elected representatives for a long time: “I welcome the hugely important and long-awaited delivery of such a key piece of infrastructure for the village of Liscannor. It obviously addresses the well documented deficiencies in the existing system. But more excitingly, it will release the untapped potential of the village to develop over the coming decades. Building a year-round economy and living population which will support the great community of Liscannor.”

In Kilfenora and Kilrush, the works will also be carried out by the EPS Group and will include the decommissioning of the current Wastewater Treatment Plant in Kilfenora and the construction of a new plant that will serve the population equivalent of 330. In Kilrush, the plant will be significantly larger and will cater for a population equivalent of 8,500.

Irish Water continues to work with our Local Authority partners, contractors and others to safeguard the health and well-being of both staff and the public and to ensure the continuity of critical drinking water and wastewater services. Irish Water would like to remind people to follow the HSE COVID-19 advice and ensure frequent handwashing.

This is a red-letter day for the Banner County, one that marks a new beginning for the communities and their surrounding areas. 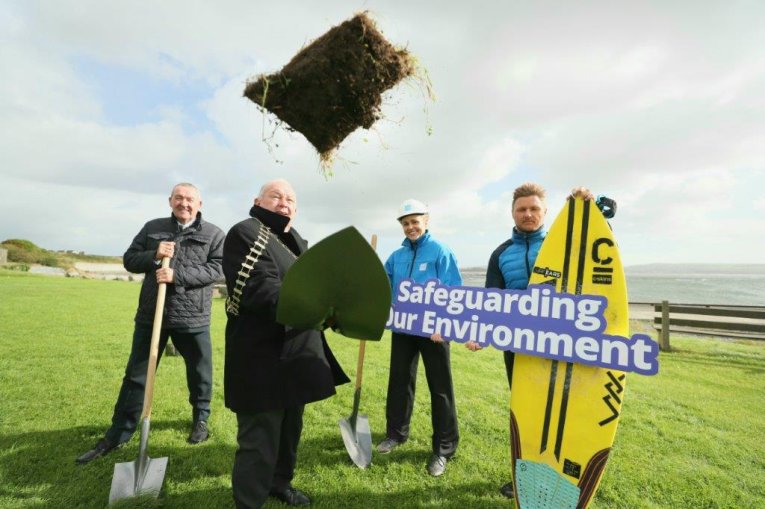