The new Stillorgan Covered Reservoir is now complete – ensuring a safer, more secure and sustainable water supply for over 200,000 in south Dublin.

After almost 150 years serving the community, the Stillorgan Reservoir has been modernised to adequately meet current requirements and the needs of future generations.

The new covered Stillorgan Reservoir, replaces the open reservoir, originally constructed as part of the Vartry Water Supply Scheme, which has served the community for over 150 years.

The overall Vartry Water Supply Scheme included two impounding reservoirs at Roundwood, County Wicklow, a water treatment plant, a four kilometre long tunnel under Callowhill and 40 kilometres of trunk mains to deliver water to the Stillorgan Reservoir. At the time, the scheme greatly improved sanitation in Dublin City and helped reduce outbreaks of cholera, typhus and other diseases associated with contaminated water.

In recent years the reservoirs at Stillorgan stored treated drinking water from water treatment plants at Vartry in County Wicklow and Ballymore Eustace in County Kildare.

Irish Water had previously installed a new UV disinfection system to mitigate the recontamination risk of drinking water stored in the reservoir which resulted in the removal of the site from the EPA’s Remedial Action List in 2015. The long term solution was to upgrade the reservoir to a covered reservoir.

Construction on the new covered Stillorgan Reservoir commenced in November 2018 following An Bord Pleanála approval of the planning application to ensure Irish Water will retain the entire site for this future development.

The project involved draining down one of the three existing reservoirs at the Stillorgan site, the construction of a new covered reservoir within the drained down area.

The new reservoir has the capacity to store 160 million litres of treated drinking water – that’s the equivalent of over 60 Olympic sized swimming pools. This will mean a much safer and more secure water supply for customers across south Dublin and the the capacity to support future water demand to 2031.

With the completion of the new covered reservoir, Irish Water has taken an important step in ensuring that the water supply infrastructure is in place to meet current requirements and the future needs of its customers. 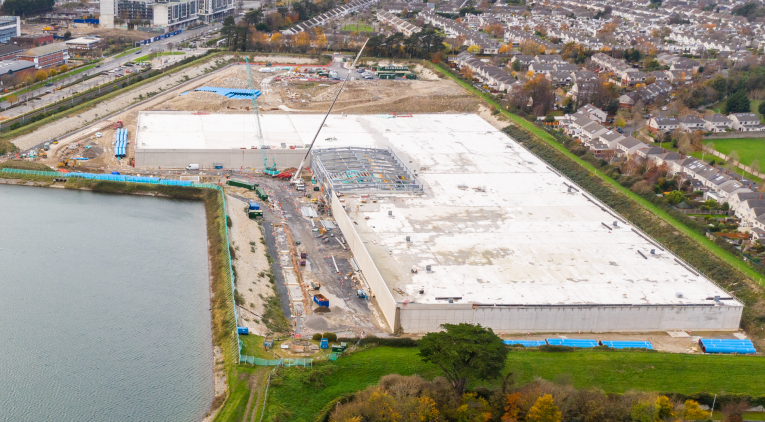 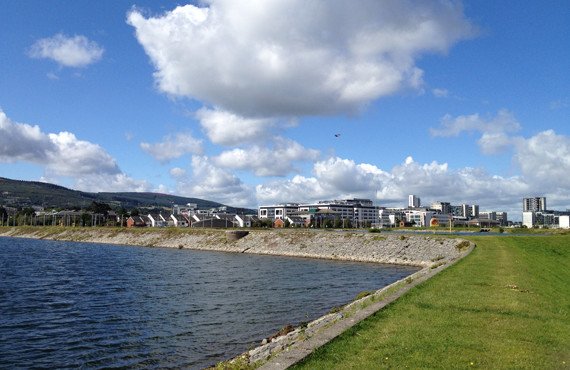 Now that the new covered reservoir is operational, the existing Upper and Lower Reservoirs will be decommissioned and the site will be landscaped. It is expected that this will take approximately twelve months.

The site will remain an active water supply site and contains high pressure pipes and valves. As a consequence the use of the site for publicly accessible open space is not feasible.