In April 2019, An Bord Pleanála granted permission for the works required to facilitate the use of Aerobic Granular Sludge (AGS) technology, to omit the previously permitted long sea outfall tunnel and to upgrade the sludge treatment facilities at Ringsend, Dublin 4, and to provide for a Regional Biosolids Storage Facility in Newtown, Dublin 11. This further upgrade of the Ringsend Wastewater Treatment Plant will enable future population growth and ensure the plant operates to the highest possible environmental standards.  For further details on this planning application please visit our Environment and Planning section.

We are proposing an alternative approach to this project which involves the use of the Aerobic Granular Sludge (AGS) technology treatment process and the exclusion of the originally planned 9km undersea tunnel.

AGS technology is an advanced nutrient removal technology that is a further development of the activated sludge process. This treatment process will consistently produce high-quality treated wastewater which can be safely discharged into Dublin Bay. We have conducted detailed testing and trials of the technology since April 2015 to treat the wastewater being received at the Ringsend plant. These trials have proved successful; confirming that wastewater treated by AGS technology can be safely discharged to the Lower Liffey Estuary and Dublin Bay. 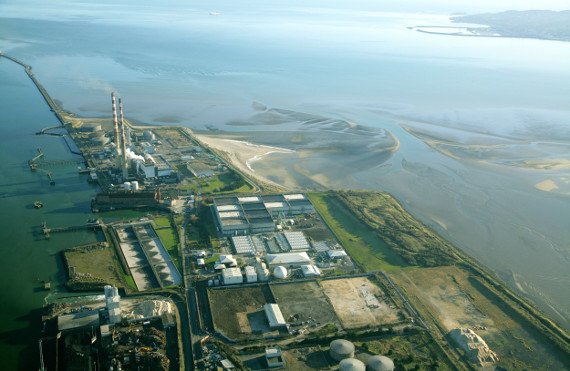 In particular, it should be noted that:

By the end of 2018, Irish Water had invested over €100 million in upgrading the Ringsend Wastewater Treatment Plant. This includes surveys, design and initial works on the new 400,000 population equivalent upgrade as well as advance work to prepare the site for the upgrade, upgrades to the odour treatment facilities and trialling and proving of AGS technology.

In December 2017, Irish Water appointed a contractor to construct a new 400,000 population equivalent extension at the plant (as laid out in the 2012 planning approval).  Works on this capacity upgrade are progressing to schedule and it is anticipated that these will be completed in 2020.